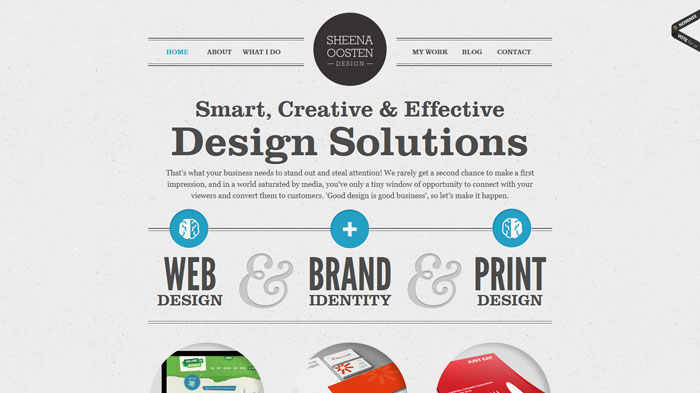 Back in 2010, Google made big news by releasing their own open source web fonts. Starting with just 19 typefaces, it was a huge improvement for developers and designers who’d been stuck with the same 9-10 web safe typefaces for their font stacks. By 2012, Google Web Fonts (since renamed Google Fonts) had grown to over 500 font families. Adobe typekit became popular around the same time, offering even more web type options. Web creators were no longer limited to a handful of body text fonts, and we all basked in the happy glow of digital progress. Unfortunately, there was a hitch. Most web designers work on Macs, known for their pristine graphic rendering. While the new fonts were looking great on designers’ Mac screens, the letters appeared very differently on the average user’s PC: they were highly

pixilated, blurry at the edges, and “crunchy-looking.” Once developers realized they should be testing the sites on PCs, they were shocked to see their new typefaces looked, frankly, awful.

The problem wasn’t with the fonts themselves- PC browsers just weren’t advanced enough to display the new typefaces cleanly. Internet Explorer was the first to optimize character rendering; soon, open source fonts looked better in IE than any other browser. This still wasn’t very crisp, but it was better than everything else out there. Firefox quickly followed suit and improved HTML text appearance even further. The rendering you see in Firefox today is the standard that set the bar for text rendering over the last few years. Chrome’s text looked jagged and pixilated in comparison until just this August, when Google’s Chrome 37 update raised the ante again. The update came with DirectWrite support for Windows, which transformed HTML characters into something crisper and cleaner than PC users had ever seen before. 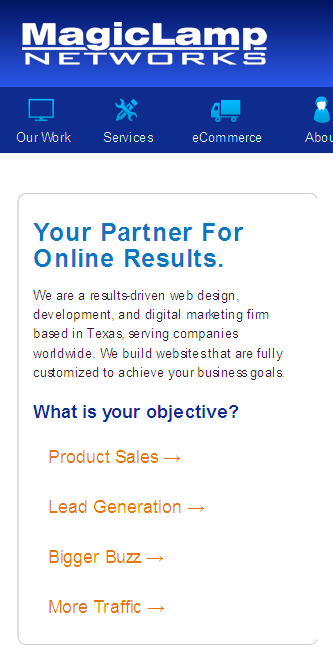 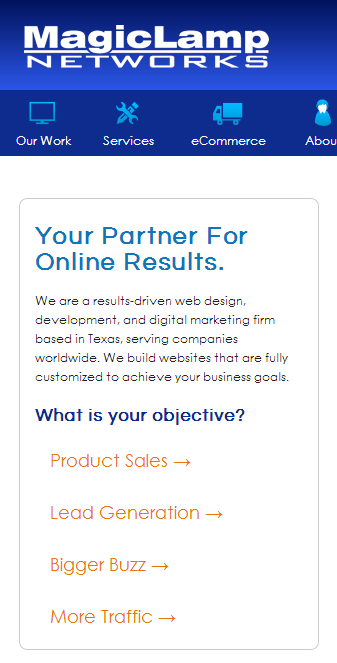 Looking at these Chrome and Firefox text displays side-by-side, you can see how Chrome text is distinctly crisper and more resolved, looking a lot like the rendering on a Macintosh, in fact. Chrome’s new super high-resolution type display is a a huge leap for browser technology. Suddenly, all fonts look incredible, no matter who’s supplying them.

We offer the complete inventories of Google Fonts, Adobe Typekit, and Fonts.com for our clients’ web projects. The foundry previews are real HTML, not bitmaps, and they show you exactly how your fonts will look. The right type sends a cohesive message about your company to customers, telling them exactly what “personality” your business has. We also 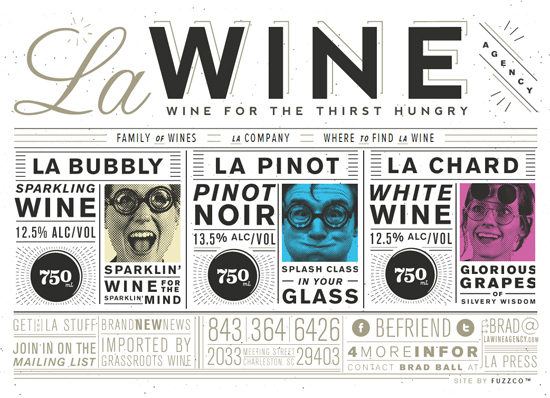 offer expert font selection advice if you’re having trouble deciding or want a second opinion. Between these resources, you get an incredibly broad typeface selection- a tool that gives you a fresher-looking site that stands out from the rest.

The evolution of typeface display technology actually gives us a powerful opportunity for rendering graphic elements, too. Recently, we’ve actually started replacing traditional graphic elements with HTML glyphs, using characters from font sets as symbols, graphics, or even images. You see glyphs like the TM and copyright symbols implemented this way traditionally, but the level of clarity in web text display now opens up a whole new world of possibilities.

We can also create HTML iconography through typeface packages now. Whether you’re developing a web app, branding a new product line, or want some simple icons for your homepage navigation, we can offer you a whole new playground to experiment with.

These techniques not only open up possibilities for designers and creatives, they also empower developers, who can now use typography instead of graphics to stylize web apps, create brand identities, and unroll fresher-looking sites. Having access to all of these symbols opens up a whole new field programmatically. Instead of designing a graphic, resizing it to optimize loading times, coding it for html, and uploading it, programmers can literally just hit one key, paste in a character that’s already an html entity, and keep on trucking.

Interested in updating your site’s typefaces? Want to see what we can do for your icons and graphic elements? We would be happy to give you a free consultation.
Contact us today.

In modern web design, the more streamlined, focused experience you can give your visitors, the better your results. Far from a niche style, Minimalism is actually key to any good professional website today.

Web design is all about appealing to your customer’s eye and drawing them back again and again to your site. In eCommerce design, the ultimate goal is getting your product purchased. A well thought-out, appealing design will keep your viewer engaged, while supporting the credibility of your product, site, and business as a whole.

As web designers, we have seen many designs become overworked, under-planned and simply unfocused. An experienced web designer learns to balance design versus functionality and simplicity versus gimmicks. While staying at the forefront of web trends is a goal for any site, an e-commerce site’s main focus has to be getting the consumer to purchase the product. 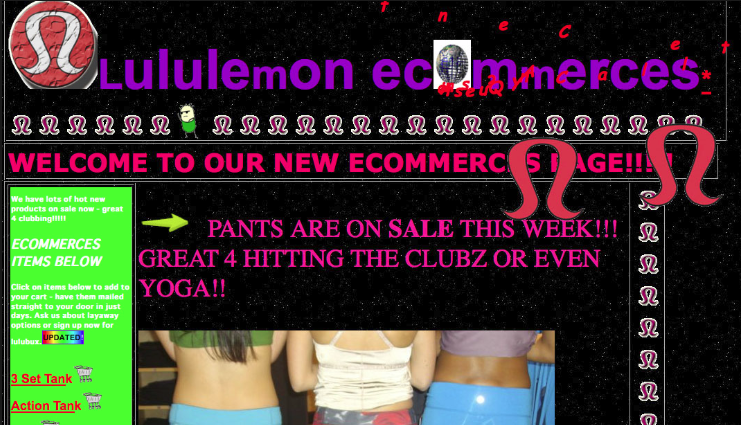 Remember websites in the early 90’s? Busy, info-packed layouts with bright flashing colors that lit up your screen like a disco ball? Although we find those early designers’ “more is more” enthusiasm for the brand-new online world a little endearing, web design has come a long way since. Research shows us that less really is more when it comes to engaging visitor attention, and success online is all about how your site shapes people’s focus. Caption: If your site still looks like this, it’s time for an upgrade!

Minimalist aesthetics are a popular design strategy in e-commerce today. The style directs customer focus to the product immediately, eliminating any clutter that would distract the viewer. Minimalist design allows the product to become the focal point of the site. By breaking a design down to the bare essentials, you can produce a clean, but very functional site. A good minimalist designer knows how to use white space, create balance and contrast, and precisely focus the content. These types of designs guide the viewer’s eye- not to flashy ephemeral web trends, but the clear-cut star of the site, the product. 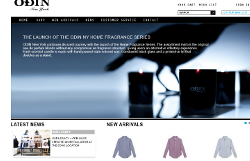 One great example of minimalist design is MagicLamp site Odin New York. By simply showcasing their products through high quality imagery, Odin created a storefront that exudes the high class, fashion forward image it’s known for. With simple lines, clean typography, generous white space and outstanding product photography, Odin uses clean, minimal design to focus on what their site is for: selling their products. Another excellent example of using minimalist design to focus on the end goal is PosePrints. PosePrints created a cohesive site aesthetic with careful use of white space that draws the eye to the product focal point. Using a simple monochromatic color scheme, the only flashy items on this site are the products themselves. The stationary card images are the color and the “pop” that stand out on this site. PosePrints’ design gives the customers a sense of style without distracting them from the product itself.

When it comes to web design and minimalism, remember “less is more” and sometimes less can bring you more…revenue.

When looking at your current website or considering a plan for a new website, there are many site behaviors, features, or potential visitor actions that effect conversion rates. The following checklist is a summary of features or additions that you should consider. Note that this is beyond the basic list of must-have’s for any shopping system.

Posting....
Scroll back to top
We use information collected through cookies and similar technologies to improve your experience on our site, analyse how you use it and for marketing purposes.
Privacy Policy

We and our partners use information collected through cookies and similar technologies to improve your experience on our site, analyse how you use it and for marketing purposes. Because we respect your right to privacy, you can choose not to allow some types of cookies. However, blocking some types of cookies may impact your experience of the site and the services we are able to offer. In some cases, data obtained from cookies is shared with third parties for analytics or marketing reasons. You can exercise your right to opt-out of that sharing at any time by disabling cookies.
Privacy Policy
Allow all

Always ON
These cookies and scripts are necessary for the website to function and cannot be switched off. Theyare usually only set in response to actions made by you which amount to a request for services, suchas setting your privacy preferences, logging in or filling in forms. You can set your browser to block oralert you about these cookies, but some parts of the site will not then work. These cookies do notstore any personally identifiable information.

These cookies and scripts may be set through our site by external video hosting services likeYouTube or Vimeo. They may be used to deliver video content on our website. It’s possible for the video provider to build a profile of your interests and show you relevant adverts on this or other websites. They do not store directly personal information, but are based on uniquely identifying your browser and internet device. If you do not allow these cookies or scripts it is possible that embedded video will not function as expected.

These cookies and scripts may be set through our site by our advertising partners. They may be used by those companies to build a profile of your interests and show you relevant adverts on other sites. They do not store directly personal information, but are based on uniquely identifying your browser and internet device. If you do not allow these cookies and scripts, you will experience less targeted advertising.
Confirm my choices Allow all
Verified by ConsentMagic